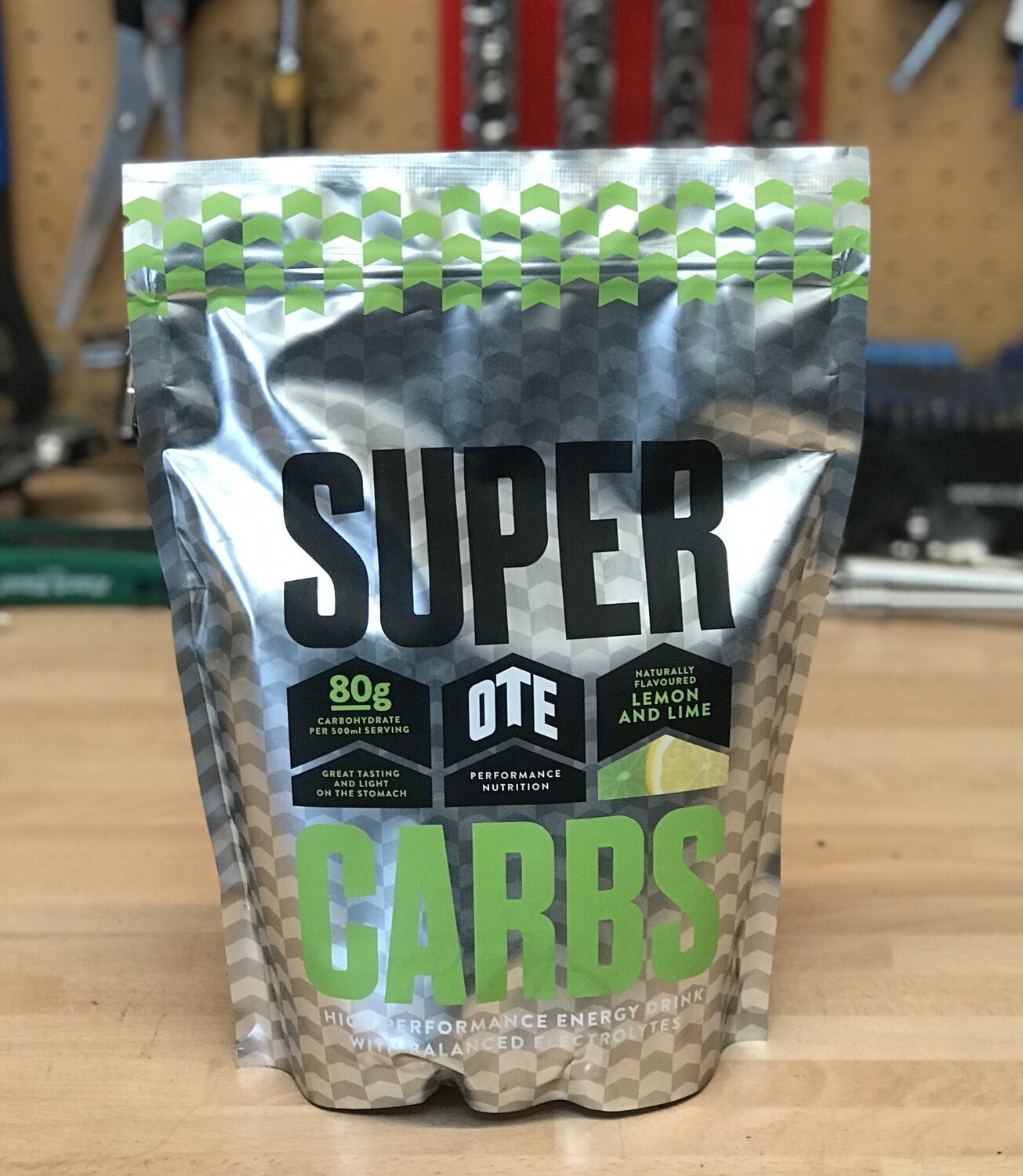 Designed and developed by the sports nutritionists at OTE Sports, Super Carbs is a high performance energy drink formulated with a dual energy source in the form of maltodextrin and fructose, capable of delivering 80g* of carbohydrate per 500ml serving.

Super Carbs is designed to be mixed with water and consumed like your regular energy drink. However, when the drink hits the acidity of the stomach a gel is formed that allows transportation of the drink (and more carbs/energy) into the intestine where they are absorbed. Super Carbs is also formulated with electrolytes to help maintain hydration.

When should I use Super Carbs?

a) the intensity of your workout is high with a significant increase in energy expenditure
b) in cooler weather conditions when you may not need to drink as much to remain hydrated but still need the energy
c) the time available to take on fluid/energy is restricted, for example in team sports or endurance events as more carbohydrate per mouthful can be provided to fuel your workout

Super Carbs can also be used to help carbohydrate load prior to endurance events such as marathons, sportive or ironman triathlon.

*Research has shown that more carbohydrate (up to 90g per hour) can be absorbed and delivered to working muscles when using a multiple energy substrate compared to using maltodextrin alone.

Save this product for later